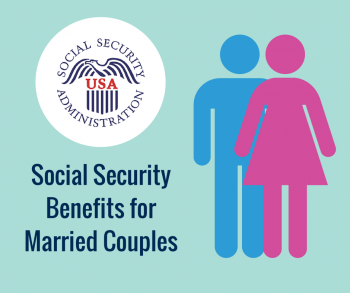 In November 2015, President Obama signed a bill that significantly changes social security benefits for married couples, eliminating some of the most common claiming strategies typically used to maximize benefits. Married seniors, especially those reaching retirement age before April 2016, need to carefully consider the next-best strategies and crunch the numbers on how best to optimize their benefits.

Previously, married couples could use the “file and suspend” rule that permitted one spouse (typically the higher-earning spouse) to claim his or her social security benefit at age 66, and then immediately suspend it, allowing the other member of the couple to file for a spousal benefit. Spousal benefit was up to 50% of the spouse’s earned benefit and offered a nice supplement to the couple’s savings.

By simultaneously suspending the benefit after activating the spousal benefits, the original recipient would continue to earn delayed retirement credits of 8% a year, up to the age of 70. This would ensure that the survival benefit, if needed later, would be as high as possible, while also giving a bigger payout at age 70. With the newly passed bill, file and suspend is no longer an option.

Similarly, spouses filing for spousal benefits at the full retirement age of 66 could leave their own benefits untouched, and continue to earn delayed retirement credits for the next four years. With the new bill, however, once a person applies for spousal benefits, their own earned benefits will be considered activated, with Social Security paying out roughly only the higher of the two amounts.

There are some exceptions to the new bill, including:

It’s not completely clear why these changes took place without a public debate or evaluation of these changes, but according to Money magazine, Congress added these changes onto an emergency bill to avoid a U.S. debt default, bail out Medicare from substantial premium increases in 2016, and extend the life of Social Security’s disability insurance program, which had been scheduled to run out of money in less than a year. There is currently no publicly identified author of the bill.

It’s important to talk right away to your financial advisor on how these changes might affect you and your plan for retirement. Many online sites and sources, including the Social Security Administration sites, do not currently reflect these changes with full explanations. We can expect more explanations and documentation of these changes in the months to come, but in the meantime, it is crucial to adjust your retirement plan accordingly, especially if you are approaching retirement age.