SeniorAdvisor.com Blog > Blog for Families > History of May Day

History of May Day

Around the world and for thousands of years, people have celebrated the start of May with festivals, flowers, cakes, dancing, signs of affection, and – later – even political protests. Known as May Day and celebrated primarily across Europe and North America, May 1 traditionally marked the first day of summer, building up to the summer solstice in late June, known as mid-summer.

The Beginnings of May Day

May Day is believed to have been first celebrated in the time of the Roman Empire with the “Floralia,” or festival of Flora, the Roman goddess of flowers. Similarly, many Germanic countries also celebrated the pagan ritual of “Walpurgisnacht,” hilltop gatherings featuring bonfires and aimed at driving out winter and welcoming in warmer weather.

Later, as Christianity spread through Europe, this celebratory time of the year was repurposed to focus on Catholic practices, including a celebration of Germany’s St. Walburga, a feast day for St. Joseph the Worker, and many flower-filled May devotions to the Blessed Virgin Mary.

More secular versions of May Day gained popularity and lasted for centuries as well as well, as people celebrated warmer weather with plenty of outdoor activities. A common traditional activity included decorating the maypole, a large pole around which dancers dressed in traditional garb twirled and wrapped long pieces of ribbon.  In many European countries, a May Queen is crowned, and often someone dressed as “Jack in the Green” (a cone- or pyramid-shaped costume covered in greenery) is awoken at daybreak to participate in a May Day parade.

May Day also is the perfect time for secret admirers to show acts of affection to their loved ones, with young men leaving a maypole decorated with streamers in the yard of their love interest. Women, in turn, decorate the home of their crush with rice or flowers in the shape of a heart. Neighbors and friends often leave anonymous signs of affection for each other with May baskets left on doorsteps, filled with candy, flowers, and baked May cakes, a tradition still common in the United States.

May Day as a Symbol

In the United States, May Day later would become associated with workers’ rights, when, in the late 19th century, May Day was chosen as “Communist International Workers Day” by socialists and communists, in commemoration of the 1886 Haymarket riot in Chicago. Starting as a peaceful rally in support of a workers’ strike for an 8-hour workday, the gathering turned violent when an unknown person threw a bomb at police. Between the blast and the subsequent gunfire, seven police officers and at least four civilians were killed, with scores of others wounded. Later, with the passing of the 2006 Illegal Immigration Control Act, May Day became a common day for protests, largely around the issue of immigration reform.

Parts of the United States also evolved May Day into a new spring celebration, including the Hawaiian Islands, where, starting in 1927, the celebration became known as “Lei Day.” Now accepted by local government and residents, Lei Day is set aside to celebrate native culture and general spring activities. It even features a traditional holiday song, “May Day Is Lei Day in Hawai’i,” originally written as a fox trot and later rearranged into a traditional Hawaiian hula song performed today.

Around the world, people take advantage of May 1 to share in the optimism, goodwill, and fun that comes with the start of the new warmer weather. However you celebrate May Day, there’s no better time to enjoy the beautiful weather and share a smile, or a flower or two, with a friend or neighbor. 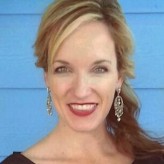