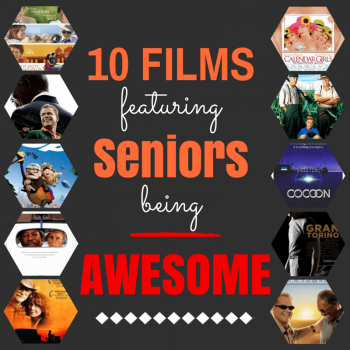 In honor of National Movie Month, we look at ten films that feature strong, sassy, and hilarious seniors doing what they do best – living life to the fullest.

Which one of these films is your favorite? Let us know in the comments! 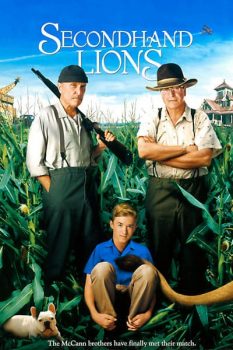 A shy teenager named Walter is dropped off by his flighty mother to live with two great-uncles at their Texas ranch. Although they’ve never had children of their own, the two colorful men agree to let Walter stay and, since they have no phone or television, they entertain him with stories of their escapades in the Foreign Legion. The stories are so fantastical, it’s hard to know which are true. Over time, Walter begins to love the two aging adventurers, but when his mother is after their rumored fortune, he has to make hard decisions. 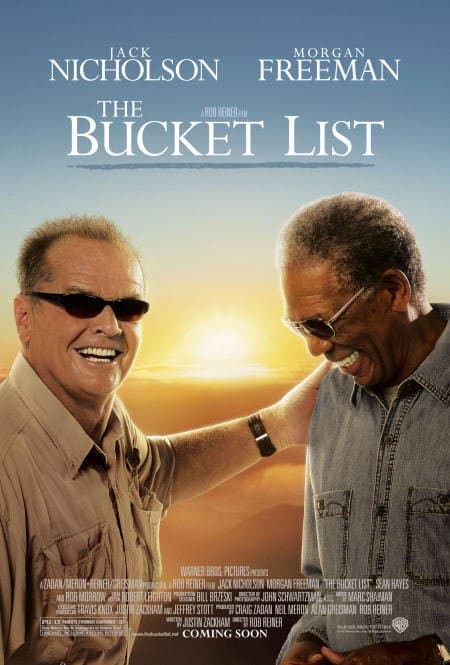 Two men who have nothing in common except for their terminal illnesses decide to escape from their cancer ward to do everything they’ve wanted to do in life before they “kick the bucket.” After a few false starts, the two – one, a billionaire, and the other, a blue-collar mechanic, become unlikely friends and learn life lessons and find emotional healing along the way. A funny and touching story about making the most of life and opening your heart to friendship. 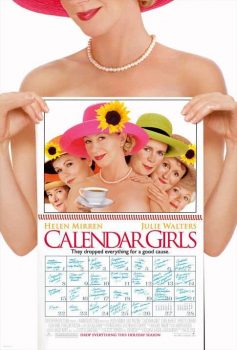 Based on a true story, 11 society Englishwomen pose nude for their annual Women’s Institute calendar as a fund-raiser for a local hospital. What follows is a lighthearted story about not taking yourself so seriously, and finding laughter in life. The calendar cheekily shows each woman posing behind a different task that the Women’s Institute teaches their members, such as making bread rolls, knitting, planting flowers, and playing the piano. 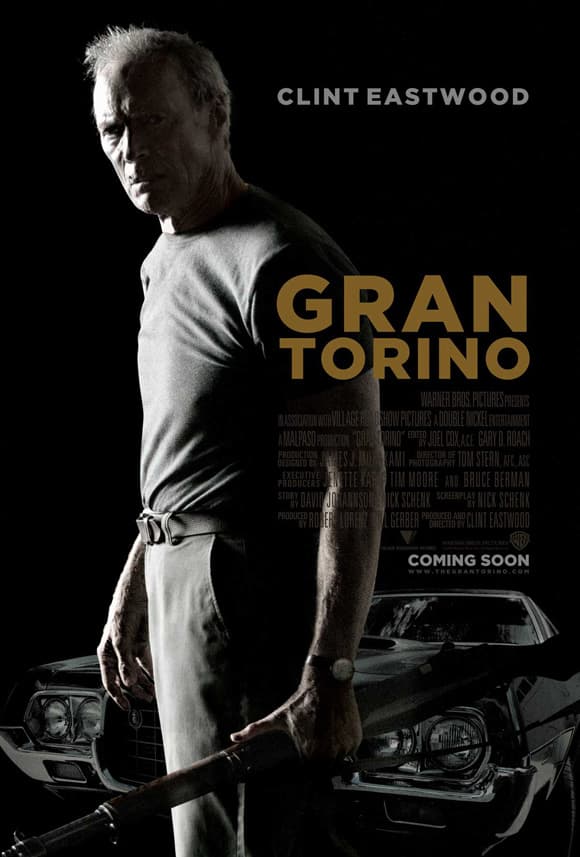 A tough, rough-edged widower and Korean War veteran, Walt Kowalski refuses to change with the world around him. He has difficult getting along with his own family and community, and holds many prejudices. When his neighbor Thao, a young Hmong teenager under pressure from a local gang, tries to steal his prized 1972 Gran Torino, Kowalski sets out to reform him. Soon he is drawn unwillingly into the life of Thao’s family, and begins taking steps to protect them from the local gangs. 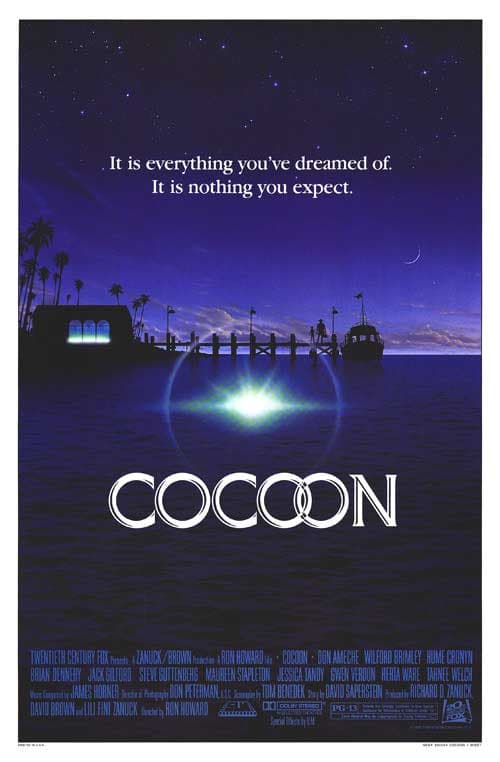 A group of seniors trespass to secretly swim at the pool at the house next-door to their senior living facility, and suddenly find themselves restored with youthful energy and vigor. They soon come to find that the pool is actually storing alien pods, deposited there by intergalactic visitors until they can be retrieved at a later time. The seniors offer to help the aliens return the cocoons back to their home planet, and, as a reward, are offered something unusually magnificent. 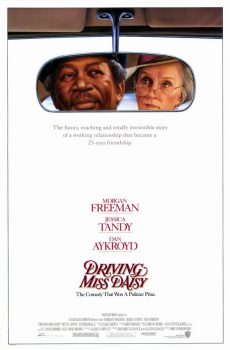 After backing her car into her neighbor’s yard, a wealthy, spunky Jewish widow in the 1950s is no longer allowed to drive and her son insists hiring a driver, who happens to be an African-American man. At first, Miss Daisy is resistant to all change and refuses to go anywhere with “some chauffer.” However, she is eventually won over by Hoke’s natural good graces and the two slowly develop a friendship of sorts. The movie chronicles their 20-year relationship that slowly transcends their differences. 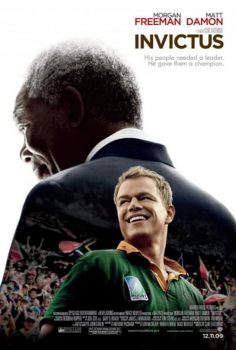 An inspiring true story, newly-elected South African President Nelson Mandela knows his nation remains racially and economically divided in the wake of apartheid. Believing he can bring his people together through the universal language of sport, Mandela joins forces with South Africa’s rugby team as they make their historic run to the 1995 Rugby World Cup Championship match. The movie begins with Mandela being released prison after being held for nearly 26 years for planning acts of sabotage against the South African state.

An unlikely group of seven British retirees travel to India to a retirement community that has promised much more than it can actually deliver. Instead, they arrive at a rundown hotel with an optimistic host. Despite the disappointment, India begins to charm and impact the group in different ways, as their varied storylines develop and crisscross. Some find happiness and other find change, but the story of being open to where life takes you is colorful and full of energy. 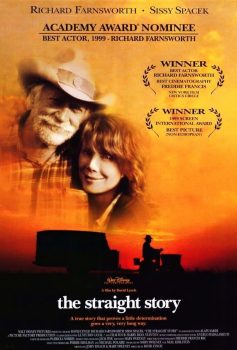 Alvin Straight is a 73-year-old frail old man, aging with many maladies, including needing two canes to walk. Living only with his mentally handicapped daughter, he has been estranged from his 75-year-old brother for more than 10 years. After hearing of his brother’s heart attack, he decides to travel to see him at all costs, despite not having a driver’s license, no bus lines, and no other way to cross the 750 miles between them. His solution: He will drive his riding lawn mover across the country. Along the way, he meets many interesting characters some of whom he can help and others who help him, in his journey to reunite with his long-lost brother. 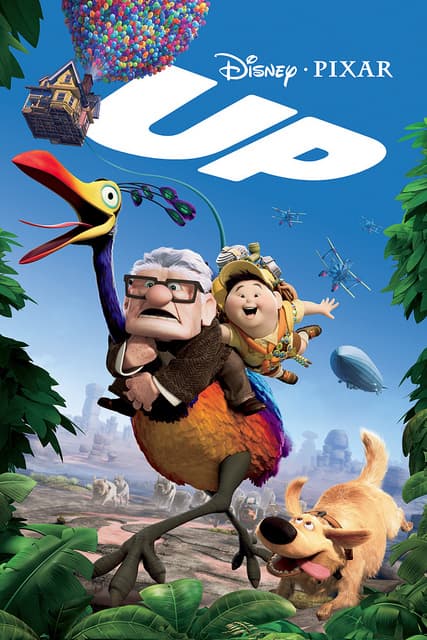 This animated film tells the story of a widower who, to avoid being taken away after his home is surrounded by city development, sails his home away in a giant collection of balloons, heading to South America to visit the place he and his wife always dreamed of visiting. He doesn’t realize, however, that he has a young stow-away, a boy scout who will soon teach him new life lessons about friendship and family. Once you get past the tear-jerking first 15 minutes, you’ll love the adventurous and heart-warming story.

For other movie recommendations check out these 15 movies about older women and these 10 movies important to the silent generation.

SeniorAdvisor.com is your go-to resource for reviews, ratings, and information on assisted living in Atlanta and other cities across the United States.

Should You Get a Flu Shot?
In-Patient Hospice