SeniorAdvisor.com Blog > Blog for Families > Highlights of the 1960s 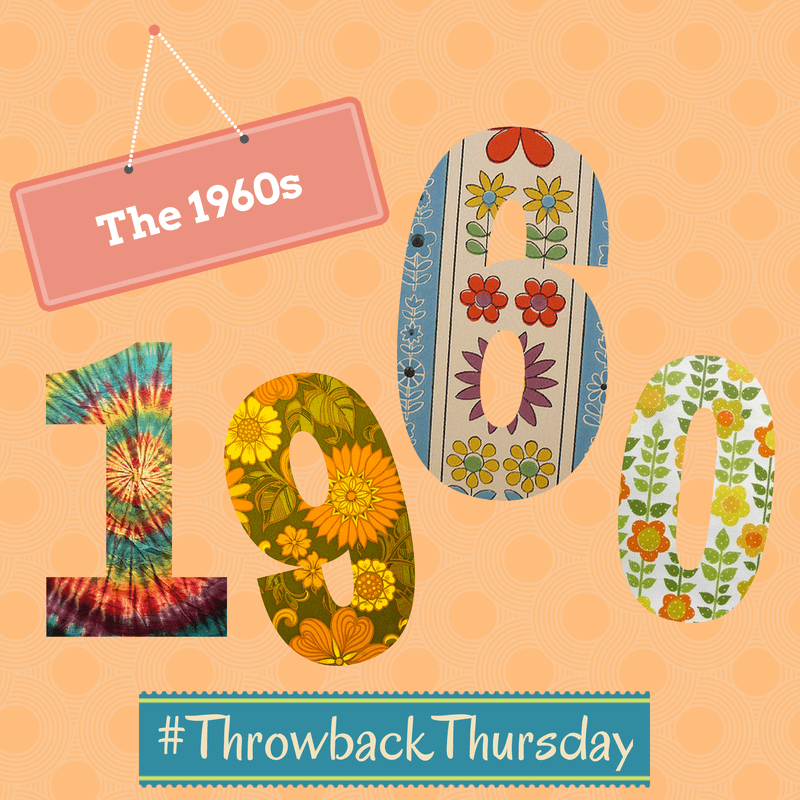 About Celebration of the 1960s: This four-part series looks back at the memorable highlights and trends that made up this exciting decade.

Time to hop on our psychedelic bus for a magical ride back to the 1960s. There’s a saying, “if you remember it, you weren’t there.” But a lot of us boomers are blessed with a storehouse of vivid impressions of the era.

The actual years, of course, were 1960 through 1970. For everyone, John F. Kennedy’s inauguration was the beginning. The decade’s emotional end varies though, depending on who is talking. For many, Richard Nixon’s resignation in 1974 was the end note for this roller coaster decade. For others it was the moon landing, the Manson killings, the rockstar deaths from drug overdoses at the end of the 60s, or Altamont.

The Music of the Sixties

When people of all ages recall the Sixties, it’s the music they talk about. Surely the Beatles were the musical heart of the decade. A worldwide phenomenon, they inspired Beatlemania among teens of both sexes. The British kept invading, with the Rolling Stones, The Who, Dave Clark Five, Hermann’s Hermits, Jerry and the Pacemakers, Donovan, Petula Clark, the list goes on and on.

This gradually rolled over the surfer music of Chad and Dean and the early Beach Boys. Doo-wop groups came and went, but the Supremes produced hits that topped the charts for years. The Beach Boys got a second wind, developing a more intricate sound.

American Jimi Hendrix got his first acclaim in Britain, then became a worldwide guitar wonder with his complicated licks. Bob Dylan moved easily from folksinging and protest songs early on to “Blonde on Blonde” and “Highway 61 Revisited.”

Though the counterculture seemed light years away from “You Ain’t Nothing But a Hound Dog,” Elvis Presley stayed strong during the 1960s with hits like “Viva Las Vegas,” “Crying in the Chapel” and later attempts to sound more contemporary like “In the Ghetto.”

Otis Reading, Aretha Franklin and Marvin Gaye all produced classic tunes. Motown had songs in the Top Ten by Smokey Robinson, Stevie Wonder and The Jackson 5.

Old timers like Frank Sinatra and Dean Martin kept the hits coming, though fewer than in previous decades.

Woodstock and the peaceful coming together of a half a million hippies in upstate New York was the peaceful highpoint of the musical decade. The killing at Altamont outside San Francisco, at a Rolling Stone’s rock concert, was the low point.

The Clothes of the Sixties

You had to look right to listen to all that great music. First off were the bell bottoms, the wider the better and riding low at the hips.

Carnaby Street was the new Paris and paisley was the epitome of fashion. Mary Quant gave us the mini-skirt, shown off to perfection by Twiggy. Rock stars dressed in pseudo-Tudor leathers and laces.

Tie-dying was essential if you wanted to be in. It worked on anything, t-shirts, shorts, skirts, dresses, socks and purses.

The oldies admired Jackie Kennedy’s famous pillbox hat and Chanel suits. But as the decade wore on, even those over 30 embraced short skirts, long coats and Renaissance styles.

The Counterculture of the Sixties

The escalation of the Vietnam War, started during the Kennedy Administration, brought a strong reaction among draft-age students. Politically, this one circumstance drove the counterculture. Culturally, it was the introduction of the birth control pill and the popularity of recreational drugs.

Psychologist Timothy Leary proselytized for the hallucinogenic LSD, chanting “turn on, tune in, drop out.” During the brief Summer of Love in 1968 San Francisco, thousands of teenagers did just that. Free love was de rigueur.

Marijuana was the most common drug of choice on college campuses. Along with LSD and magic mushrooms, it was seen as recreational, just like adults and alcohol. Opinion didn’t start changing until the end of the decade when Janis Joplin, Jimi Hendrix and Jim Morrison died of drug overdoses.

The Violence of the Sixties

Charles Manson and the Tate-La Bianca murders closed out the decade. The sheer gruesomeness of the killings removed the halo of innocence from hippie culture.

The war drove politics during the decade. It culminated in the violence at the 1968 Democratic convention in Chicago. Organizations like the Students for a Democratic Society staged protests. Fringe groups like the Weathermen robbed banks and planted bombs.

Starting with sit-ins at cafeterias and voter sign-up drives in the southern states, steady progress was made in civil rights for African Americans. The high point was Martin Luther King’s “I’ve Got a Dream” speech at the March on Washington.

The passage of the Civil Rights Bill and, more importantly, the Voting Rights Bill secured these freedoms at the federal level.

The Progress of the Sixties

The Sixties were a decade of technological progress. The Telstar satellite was launched in 1962, making possible global communication and the mobile-rich life we lead today.

The biggest scientific event was the first moon landing, immortalized by Neil Armstrong’s “One small step for man, one giant leap for mankind.”

The 1960s were tumultuous and memorable. For people who were there, it’s hard to see tie-dyed anything as the new retro-look. It was real, man. The music, politics and culture had a ripple effect that we still feel today.