SeniorAdvisor.com Blog > Blog for Business Owners > Online Reviews > The Billboard Effect, and What It Means for Your Senior Living Brand

The Billboard Effect, and What It Means for Your Senior Living Brand 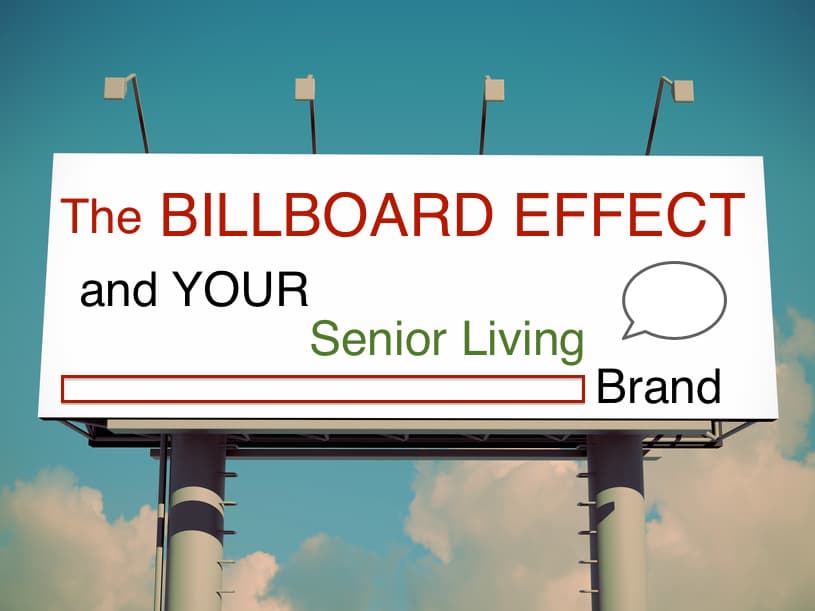 We all know that online reviews are increasingly essential for converting prospects into customers, but do you ever worry that you might be losing potential customers to your competition by virtue of being listed on online directory and review sites? Fortunately, it turns out that concern couldn’t be more unfounded, and now there’s the science to prove it! Cornell University released a report on what they term “the billboard effect” and how it affects businesses who receive customers both directly as well as through other channels such as online review and referral websites.

What Is The Billboard Effect?

How Does The Billboard Effect Work?

To measure the true impact of the billboard effect, the Cornell researchers looked at four hotels over a three-month period, cycling their listings on Expedia on or off for 7-11 days at a time. Three of the hotels were part of a larger, branded chain, and one was an independent hotel. During the on cycle, the hotels were included at the top of the search results. In the off cycle, the hotels could not be found anywhere on Expedia. At the end of the study, they looked at the number of reservations made directly on the hotels’ websites during the study.

What Does This Mean For Senior Living Brands?

Being listed on online review sites can significantly improve your tour rates.

Having a featured listing on an online review site will boost your tour and move rates even more.

Individual providers, as opposed to those that are part of a larger chain, can benefit from the billboard effect at a much higher level.

Ready to make the billboard effect work for you? Claim your free profile on SeniorAdvisor.com!

What are your thoughts about this study? Let us know in the comments!